Home » Uncategorized » How to Make a Gun

How to Make a Gun

It is at those times when you may find yourself in need of an improvised weapon. You may need to make a gun to defend yourself, or you may only make a gun to aid in aquiring a better gun.

Whatever your needs, you can make a gun with commonly available materials and tools, ingenuity, and hard work.

The purpose of a gun is to fire ammunition safely towards a target.

To understand how to make a gun, you must first understand ammunition.

These components put together are often referred to as a cartridge.

The Components of an Improvised Gun

A gun must have a barrel. A pistol may have a barrel of only a few inches, while rifle and shotgun barrels tend to be 16″ or more.

In production quality firearms, rifle and pistol barrels have small grooves cut into the insides of them. These grooves do not run straight, but are instead curved slowly along the length of the barrel. This is called rifling. Rifling causes the bullet to spin as it passes through the barrel. This spinning helps to stabilize the bullet and make the gun more accurate.

Most improvised guns do not have rifled barrels, because rifling is difficult to create in an improvised workshop.

The primer is pressure sensitive. This means that when we strike the primer hard, it explodes. The term primer comes from “primary explosive”, meaning it is the explosive which detonates first and is responsible for detonating the secondary (larger) charge.

Smokeless gunpowder is a very safe material. It can be safely stored, transported, and even burned. It is only useful (and dangerous) when it is ignited in a confined space, such as inside an ammunition cartridge.

When the smokeless powder ignites, it will create an enormous amount of gas. This gas must go somewhere. We want this gas to escape by pushing the bullet out of the front of the gun. We must ensure that the gas does not push the cartridge casing out the rear of the firearm, as this can be deadly for the person holding the firearm.

The breech block is the most difficult part of an improvised firearm, and the most varied. They tend to be manufactured from whatever is available and looks sturdy. The breech block is complicated because it must block the breech while concurrently allowing the firing pin access to the primer.

One good form of a breech block is a simple pipe cap with a hole drilled into it for the firing pin.

The firing pin must strike the primer hard and fast. The best ways to accomplish this are to make the firing pin rest naturally against the primer and use some sort of force to pull it away from the primer.

These force usually consists of a set of strong rubber or elastic bands or a set of metal springs. These are attached to the firing pin and the firin pin is pulled back. When the firing pin is released, it strikes the primer and causes the gun to fire.

In production quality firearms, a block is usually placed in front of the firing pin to prevent accidental discharge if the firing pin is struck or if the weapon is dropped. Few improvised weapons will have such a device. Be careful.

Making an improvised gun can get you into trouble in two ways:

To prevent the first danger, be certain to research all applicable federal, state, and local laws wherever you live before embarking on a project such as this.

To prevent the second danger, be certain that you understand each and every step that you are taking. Think about the forces involved and the directions which they are facing. If you have more than one round of ammunition available, test-fire your gun by attaching it securely to a tree or other large object and fire it from a safe distance using a rope.

Firearms ended the dark ages and brought us the gifts of civil equality: life, liberty, and the pursuit of happiness. Be careful that you do not lose those gifts to prison or death by careless firearm handling.

Books on How To Make A Gun

There may come a time when government restrictions severely limit not only access to firearms but the tools and means to repair and maintain them, or you may someday find yourself in the boondocks with a busted weapon. That’s where the guerrilla gunsmith comes in. Ragnar Benson has had experience fixing “junk” guns in some tough places around the world, and here he shares some innovative ways to patch up, cobble together and otherwise make operational everything from antique rifles still found in remote war zones to modern firearms suffering from appalling abuse. Drawing on lessons and stories from backwoods experts he’s worked with under desperate conditions in Africa, the Philippines, Thailand, Pakistan and beyond, Ragnar tells how to employ last-resort but effective techniques to remove hopelessly stuck rounds and other barrel obstructions, straighten bent barrels, replace lost parts, smooth out dented magazines, make repairs to some pretty hopeless stocks, scrounge up workable ammo and more. These are last-ditch, do-it-yourself methods, but they may be all you’ll have to fall back on deep in the bush or with your back to the wall, when the only things between you and the enemy are a rifle and the know-how to make it work.

Home Workshop Prototype Firearms : How To Design, Build, And Sell Your Own Small Arms (Home Workshop Guns for Defense and Resistance)

Master gun maker Bill Holmes shares what will and won’t work in designing and building rifles and shotguns from raw materials. Includes the fine points of creating everything from actions to sights, as well as tips on tools, materials, assembly, finishing and more.

Build your own 9mm, blowback, selective-fire submachine gun that’s as powerful as an Uzi or HK MP5 but has fewer parts and is more durable. Simply follow the step-by-step instructions and machinist’s drawings in this book.

The author provides clear, step-by-step instructions for and expedient 9mm submachine gun. It is easily constructed from readily available materials, primarily steel tubing; it does not require a lathe and milling machine and it can be built by just about anyone in about a week.

This is the book that do-it-yourselfers anxious to try building their own .50-caliber rifles have been demanding since the best-selling Home Workshop .50-Caliber Sniper Rifle videotape first came out. In this companion book, Bill Holmes uses easy-to-follow foldout drawings and precise dimensions to take you step-by-step through the process of designing and constructing your very own .50-caliber rifle easily and inexpensively. Find out this master gun maker’s professional secrets to fashioning the receiver, barrel and accessories, bolt, trigger assembly, buttstock, scope mount, bipod and muzzle brake using commonly acquired materials. Once you have made all the component parts, Bill then instructs you in the right way to assemble and test-fire your new home workshop firearm. With Bill Holmes as your guide, construction is a snap. Warning: It is your responsibility to make sure that you have complied with all local, state and federal laws with regard to the manufacture of any firearm.

Now the average person can easily make a submachine gun with minimal tools, equipment and material. This nontechnical book walks you through building the receiver, breech block, barrel, trigger assembly, stock, pistol grip, sights and magazine, as well as heat treating and finishing. Must reading for anyone who is concerned about our increasingly restrictive government.

Detailed illustrations, clear photos, and thorough text show you how to make a sharp, reliable .22 machine pistol from scratch. Covers everything from choosing the right tools and materials to building the gun’s major components to final finishing and bluing.

The latest volume in this popular and timely series offers detailed instructions, complete with photos and machinist’s drawings, for making a pistol-caliber AR-15/M16 entirely from raw materials, as either a rifle or pistol, open or closed bolt and in semi or full auto.

If you are looking to build a bolt-action rifle, buy this book first! It will teach you step-by-step how to make a rifle from scratch in a small, inexpensive shop. The simple instructions and drawings guide you through selecting materials; manufacturing the bolt, trigger, safety and sights; chambering the barrel; finishing the stock; and everything else you need to know. 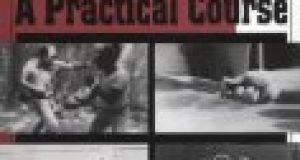 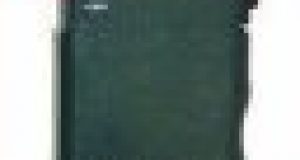 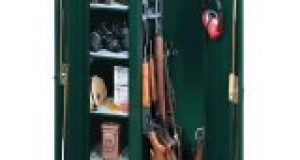