Colt Firearms is best known for its handguns, but Colt also has a long tradition of manufacturing rifles.

The most well-known Colt rifle is the Colt AR-15 semi-automatic assault rifle.

The Colt Sauer is a classic bolt-action hunting rifle, available in eleven popular calibers from .22-250 to .458 Winchester Magnum.

Colt has also manufactured .22 caliber rifles, such as the Colteer, Courier, and Stagecoach.

The most odd rifle that Colt has manufactured is probably the Drilling, which was a combination of a double-barrel 12-gauge shotgun and a high-powered rifle.

Good barrels: The What and Why

There is essence to the AR-15 wahhoo component. I said the elemental trick was to “float a good barrel.” Last time we got onto fore-end tubes, which is the “float” part, so now you need a “good barrel.” and “‘good” needs a good definition. Here’s one: it’s one that makes you happy with the accuracy of your AR-15. I can be a little more objective, but not any more honest. I expect my competition rifles to shoot groups less than 4″ vertical at 600 yards. That’s a 10-shot group fired prone with a scope. 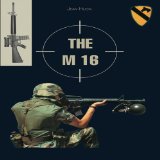 In 1965 when the US intervened in San Domingo military observers noted that the para’s of the 82nd Airborne were armed with a completely new gun made of light alloy and plastic.

This was the M 16, a weapon developed by an aeronautical engineer based on the design of Eugene Stoner. It was subsequently used in Vietnam and it was there that it became world renowned. With a number of adaptations more than ten million M 16’s have been produced and it is in service in at least 80 countries.

Jean Huon tells the fascinating story of this weapon. Packed with more than 200 full color images and 200 black and white photos, The M 16 is a comprehensive historyof the development of this key weapon. The book shows every conceivable version , variant, and accessory of the weapon. It even includes versions made under license by othe manucturers.

The M 16 will be of enormous interest to collectors and gun enthusiasts and to historians of the Vietnam and Post Vietnam eras.

Complete AR-15/M16 Sourcebook: What Every Shooter Needs to Know

This carefully researched revised and updated edition of The AR-15/M16 Sourcebook offers fresh insight into why the AR-15/M16 rifle remains a favorite of soldiers, law enforcement officials, civilian shooters and self-defense experts. In it, Duncan Long takes another look at the history of the “black-rifle” from the bureaucratic blunders and military infighting that ruined its reliability during the Vietnam War to the modifications that transformed it into the most reliable weapon in the world. He also examines the many military and custom spinoffs of the firearm, including an invaluable listing of its various models, supplemented by an impressive collection of photos and illustrations. In addition, he covers grenade launchers, SAW versions, and experimental weapons systems and even gives a detailed assessment of the OICW and other firearms now being tested as replacements for the U.S. military’s M16 and M4 carbine. An entire section of the book is devoted to the very newest accessories for the AR-15, with a hard look at which ones will enhance its capabilities-and which could get the shooter killed. In addition to offering advice on improving an AR-15 rifle, picking the best ammunition for it, and ensuring its reliability, Long presents simple techniques for creating a one-of-a-kind exotic weapon built around this rifle through the selection of parts and accessories now on the market (and where to get them). Finally, the book provides complete instructions on how to field-strip, detail strip, troubleshoot, and assemble an AR-15. Whether you want a weapon you can rely on to get you out of a tight spot or wish to build a super accurate target version of the AR-15, this is the most complete and up-to-date resource available on what many consider to be the best rifle ever made.

Here is the definitive book on the rifle that has been the inspiration for so many modern assault rifle designs. Invaluable to the M16 owner, it includes info on grenade launchers, assembly/disassembly, conversion kits and modifications, troubleshooting, ballistics and ammunition, combat use, testing, cleaning and lubrication. Also includes detailed step-by-step instructions and materials lists for the do-it-yourselfer.

The M16/AR15 Rifle (A Shooter’s and Collector’s Guide)

In The M16/AR15 Rifle, Joe Poyer has traced the development of American military tactics from the late 1700s to the present day to show how Eugene Stoner’s concept of a small caliber, high velocity. Large magazine capacity military rifle was required by the modern battlefield.

And, since so much interest today in the M16 and its civilian counterpart, the AR15, has to do with military and civilian target shooting, he commissioned three rifles from a custom gunsmith during the writing of the book to show the true accuracy potential of the rifle. They were a 1,000 yard match rifle (aka spacegun because of its futuristic appearance), a match rifle meeting all requirements for the National Service Matches and a .22 rimfire version which is legal in most states that ban high capacity magazine rifles, termed “assault rifles” by media-hungry politicians and antigun groups.

Virtually every model of the AR15 manufactured today by any American company is described in the book. The author also shows the best way to commission a custom-built rifle, starting with how to pick the right gun smith and work with him to define the rifle at the start and thus keep costs down to how to break-in, sight-in and shoot the rifle to the best advantage. Also, tips on match and physical conditioning, ammunition selection and care and maintenance are included. A very complete book on owning and using the AR15.

AR-15/M16 Super Systems shows you how to customize this reliable firearm into a super system suited to your needs. Whether you want to modify your AR-15 or just want an inside look at experimental weapons that may be on tomorrow’s rifle range and battlefield, this is a book for you.

Offers a wealth of advice on AR-15 loads, modifications and accessories for everything from highpower to benchrest and varmints.

The Competitive AR15; The Mouse That Roared

Glen Zediker is a High Master shooter and did it with the AR15. As the book’s title says, it is strongly competition oriented; particularly Service Rifle or “Camp Perry” shooting as it is sometimes mistakenly called. He’s a proud member of the yellow glass club and it comes through in this book. It is HEAVY with details, too many to list here.

He covers building, shooting, and maintaining a Service Rifle from the ground up. There are chapters on magazines, handloading, and ancillary gear. All of it is written in Glen’s easy to read style that has been featured in shooting magazines ranging from American Rifleman to Precision Shooting.

This book is the real deal when it comes to laying out information for the serious Service Rifle shooter and there is plenty of data that also applies to stock AR15s.

If you’re a fan of 10-shot one hole groups and you fancy the AR this is your book. In case you didn’t notice Glen publishes this book, along with a few others, by himself and he only writes (and prints) what he knows. This book goes far beyond a vanity printing and approaches the level of epigraph.

The Gun Digest Book Of The AR-15

Hunters, military enthusiasts, self-defense experts and target-shooting competitors alike will find favor with a reference devoted to a firearm touted as one of the best small-caliber rifles ever invented. The Gun Digest Book of the AR-15 delivers details about the evolution of the rifle from its introduction to military action in the 1960s to its popularity at today’s competitions and training centers.

This book provides 500+ photos, details on function, barrel options, caliber, weight for various models, and an explanation of AR versus AK. In addition, tips on cleaning and maintenance, information about myths surrounding the AR-15, key legal information and results of product tests from today’s major manufacturers are covered.

Workbench AR-15 Project : A Step-by-Step Guide to Building Your Own Legal AR-15 Without Paperwork

Build your own multipurpose AR-15 suitable for plinking, hunting, collecting or home defense. By following the simple plans in this book to finish a commercial lower receiver, you can have a rifle that will accept a variety of upper receivers – from .22 LR to .50 BMG – and does not require government registration.

Provides the prospective, new or experienced AR-15 owner with the in-depth knowledge he or she needs to configure select, operate, maintain and troubleshoot his or her rifle. The Guide covers the history, applications, details of components and subassemblies, operating, cleaning, maintenance and future of perhaps the most versatile rifle system ever produced. Photos and illustrations.

This is the second volume in the “AR-15 Guide” series. Detailed b/w photos show step-by-step how to assemble every part of this rifle. Tips, tricks and pitfalls are noted throughout.

How To Shoot Your M16/AR-15 In Training And Combat 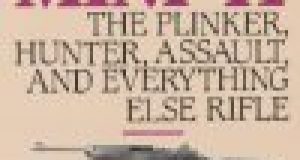