History of the M1903A1 Sniper Rifle

During the 1920s and 1930s, the .30-caliber M1903 Springfield rifle served as the principle military service match rifle. In 1908, the M1903 became the official National Match (NM) rifle. By 1910, select rifles were test-fired and their barrels star-gauged for accuracy. In 1929, the NM rifle was modified with a Type-C stock in place of the non-pistol grip Type-S or “straight stock.” In this new form, the NM rifle was designated as the M1903A1 National Match.

In 1942, the Marine Corps opted the military version 8X Unertl telescopic target sight for use on the Springfield M1903A1 rifle. The M1903A1/Unertl combination was issued to Marine Snipers during World War II.

Marine Corps selection of sniper rifles was made after test-firing the rifles. Most had star-gauged barrels, but not all. Ordinary barrels were used if they performed well. After Unertl scope blocks were installed, trigger pulls were adjusted and the latest pattern components installed. These included parts received from the Springfield armories that were reworked by Marine armor personnel. There was no correlation between serial numbers and barrel dates.

Bolts were carefully fitted and electro-pen engraved with the rifle serial number and then blued. There is no conclusive evidence that suggests that all bolts were blued.

Bright NM bolts have been observed on M1903A1 sniper rifles. The hand guards were modified to fit the small front scope block. Once a M1903A1/Unertl rifle had undergone the prescribed modifications by a Marine armorer, the rifle was referred to as a “Model 1941 Sniper Rifle.”

Many, but not all, Marine Corps armorers adopted signature methods that included chalking or pencil-marking initials and rifle serial numbers inside the hand guards and stamping their initials on the stock. 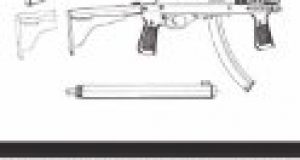 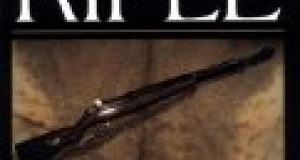