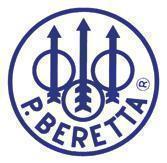 Beretta firearms accepted its first customer order on 3 October, 1526 by Mastro Bartolomeo Beretta of Gardone, Italy. This makes Beretta the oldest firearms manufacturer in the world.

Target lite: the Beretta 87 Target is a sleek, flat, smooth to run and sweet to shoot, elegant little .22 pistol

The Beretta 87 Target is a heckuva gun. It’s roughly twice the price of a comparably equipped Neos, the “plastic” Beretta .22, but I think it’s more than twice the gun. Far more accurate, more “shootable” in many respects, and with vastly more of the old-world artistry in metal that has made q-u-a-l-i-t-y an optional spelling for B-e-r-e-t-t-a. Heck, I bought it, didn’t I?

Taking this hint, Beretta recently joined the ranks of major gun manufacturers who offer a simple target pistol chambered for the .22 LR, ideal for beginners and actually, even experts. The U-22 Neos is the inspired result of combining top-notch Beretta reliability with the artistic and practical talent of the Italian Giuguiro design firm. And, you can see it in the compelling, out-of-the-ordinary design of this pistol.

In the time of Billennium: is Beretta’s latest special occasion handgun as cool as it looks?

Accurate Plating and Weaponry custom Beretta M92: This AP&W Beretta is proof positive that the 1911 is not the only service pistol fit for fine custom work

If someone had told me 10 years ago that I would be carrying a Beretta M92 on a daily basis, I would have chuckled. Nevertheless, the good qualities of the Beretta, both before and after custom work, are not easily dismissed. As a fighting handgun, the Beretta makes the grade. With a few improvements from Accurate Plating and Weaponry, it is a superb choice.

The racy, new Model 9000 is just the latest in a long line of respectable mid-caliber pistols from the biggest name in Italy. When a cartridge becomes popular, big gun companies don’t just chamber one handgun for it.

There are some real pluses to being a gunmaking dynasty. Beretta now owns, among other companies, Benelli, Franchi and Stoeger and has taken the remarkable step of spreading Benelli’s inertia drive technology across the other brand lines.

Device for extracting and ejecting a cartridge case in a firearm

Safety device for a breechblock of a firearm

Butt pad made of composite material for firearms

Device for setting the stock angle for shotguns

Semiautomatic rifle with lateral feeding mechanism and ejection from below

Ten round magazine with fifteen round profile

Method of decorating parts of small firearms and resulting product

Ten round magazine with fifteen round profile

Device to open and close the bolt in semiautomatic pistols

Safety means for the bolt of automatic and semiautomatic pistols

Safety device for a pistol

Safety for an automatic pistol

Means for controlling rapid-fire in an automatic weapon

Over and Unders – Side by Sides

The World of Beretta: An International Legend

The oldest industrial firm and the oldest gunmaker in the world, Fabbrica d’Armi Pietro Beretta, S.p.A., launches its 475th anniversary with the publication of this lavish history and celebration of a unique world of fine guns. Beretta remains under the stewardship of its founding family, headed now by Ugo Gussalli Beretta and his sons, Pietro and Franco. Today the Beretta line of firearms and accessories reigns as one of the few international brands symbolic of unsurpassed quality. But no other firm goes back so far in history, or reaches so many corners of the globe, as Beretta.

The Italian company stands supreme partly because it is on the cutting edge–of design, quality, manufacture, performance, and style. Through the centuries, the family has guided the company in the transition from specialist gun-barrel makers to, in Napoleonic times, creator of sporting firearms, later adding military and law-enforcement arms and importing arms by Colt, Remington, S&W, and Winchester, still later developing one of the first international industrial enterprises.

The Beretta line is the firearms enthusiast’s dream: self-loading pistols, rifles, and shotguns; bolt-action rifles; double-barrel over-and-under and side-by-side sporting rifles and shotguns; single-barrel trap guns; and from these, a refined line of premium-grade guns unsurpassed by any gunmaker in the world. All are created with the perfect melding of the most advanced, space-age, computer-generated production machinery, in concert with traditional hand craftsmanship, in the ancient gunmaking village of Gardone, Val Trompia.

In 1985, Beretta’s classic Model 92 pistol was adopted as the M9, the official U.S. Armed Forces sidearm, following extensive competition with the designs of other companies, sessions that subjected the pistol to the most rigorous tests. The Model 92 is the most widely used self-loading pistol in law enforcement and the military in the world today.

Beretta shooters dominate national, international, and Olympic shotgun competitions, and are a commanding factor in the rapidly developing world of sporting clays.

As the personal protection arena of the firearms industry continues to grow, resources devoted to choice protective handguns are at a premium. In The Gun Digest Book of Beretta, thorough specifications and articles on function and reliability provide valuable information for people researching self-protection options, handgun collectors and target-shooting enthusiasts.

With more than 500 years of gun-making history, the Beretta name is synonymous with solid craftsmanship. In the pages of this new release from the publishers of Gun Digest, readers get information including caliber, weight and barrel lengths for modern pistols. A review of the accuracy and function of all models of modern Beretta pistols give active shooters details needed to make the most of this popular firearm. More than 300 photographs, coupled with articles detailing the development of design and style of these handguns, create a comprehensive must-have resource.

This is a very well written and documented book regarding the oldest firearms manufacturing firm in the world.

Gangarossa presents very useful information in detail about the firm and the excellent firearms the firm produces, including the famed Beretta 92FS, other Beretta pistols, shotguns, rifles and even machineguns. Rather than simply listing their characteristics, Gangarossa explains their design origins, their development history and their miliary, police and commercial uses in great detail. He also provides his view of the successes and failures of Beretta’s arms.

Also worthy of mention is the most complete history of the M9 handgun trials (the US military trials to select a handgun to replace the aging M1911A1 Colt) and subsequent developments, which dispel many myths and misconceptions about how the Beretta 92FS became the M9.


2019-12-07
admin
Previous: Defensive Gun Use
Next: There Is No Evil and No Shame in Defending Yourself 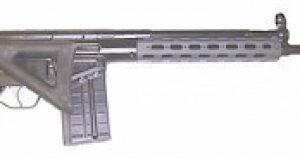 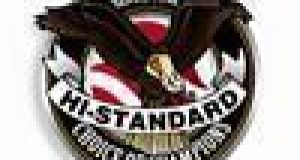